On to the Next Adventure

My two years in Jakarta came to a bittersweet end last month.  Though it’s exciting to be heading back to the US of A and once again run outside, drink tap water, and eat mexican food, it’s also bittersweet to be ending this totallyawesomegreat adventure.  So let’s recap the past several months.

May: Meandering in Mainland Southeast Asia

May was pretty exciting.  Highlights include a trip of my dear college roommate, so what better adventures than Bali and Phuket for some much needed relaxation? Was it awesome? Of course.

Sunset in Phuket… this was sandwiched between beach lounging/naps, delicious Thai food, and the totally necessary hotel dance parties. We do what we gotta do.

I think we’ve finally convinced this Bu that Southeast Asia is pretty awesome.

Also sandwiched into May’s superpacked schedule were trips to Cambodia and, at the tail end, Burma/Myanmar.

Highlights from Manila (although I am aware that Manila/the Philippines are not in Mainland Southeast Asia and are hence ruining the theme of this post): dream living, enjoying U.S. toothpaste brands, and meeting Lady Gaga’s team in the airport. 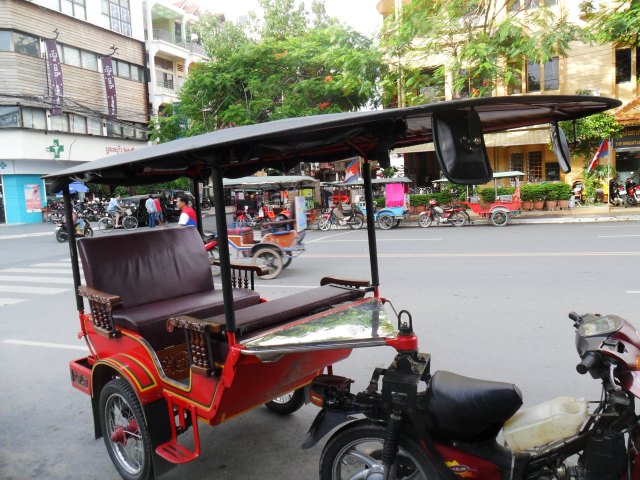 This would be a tuk-tuk. Awesome.

Highlights from Burma/Myanmar: everything.

For instance, discovered Myanmar beer is great.  Mandalay Red, however, tastes like barf. Be forewarned.

Also appreciated the chance to see cars that were already old when I first started driving back in the day.

In addition to scoping out the Shewedagon Pagoda in Yangon, we also popped up to Bagan, saw a bunch of old temples, ate lunch on the Irawaddy, and sweated.. a lot.

I was not mad about seeing this.

One example of a temple in Bagan.

Irawaddy. We went for a boatride too, which was also totallyawesomegreat, but this is getting to be a long blog post.

OK. So Bottom line: May was a busy month having adventures.

When I was finally back in the Big Durian, it was time to start saying goodbye to all my favorite people.   This is the part that was crummy.  Many goodbye toasts were made, parties held, and bucket lists executed.  So we’re just going to gloss over that one.

It wasn’t enough to have been busy all May and most of June.  July offered the final chance to head back to the Khmer kingdom to hang with all my favorite Southeast Asians again.  Also, appeared on Cambodian TV, so you know they must’ve been pretty news-starved.  After all our work was done, I also snuck in a trip to the National Museum.  Not mad about the clean air and sunshine, either!

August has been back in the USA.  It’s amazing.  So I’ll leave you a picture of Maine, because that’s pretty much the awesomest thing I can think of at the end of such an epic/overdue post.  HAPPY GRANDMA/OTHER IBErs? Whew. Gotta go, there are more adventures awaiting.

George Town… Malaysia, not the Hoyas

It’s a warm, Southeast Asian March.  NCAA basketball games are being played in the middle of the night (oh wait, that’s not really a change from being Stateside… nevermind).  Anyway, the Hoyas were out, much to my great dismay, but there seemed no better way to drown my sorrows than to visit George Town, a bustling neighborhood in Penang, Malaysia.

Highlights from our long weekend include: wandering the streets of George Town on a so-called “death march,” which included visits to Chinese clan  homes, cruising by the local mosque, a trek down to see the seaport, and of course, plenty of nice cold beer. 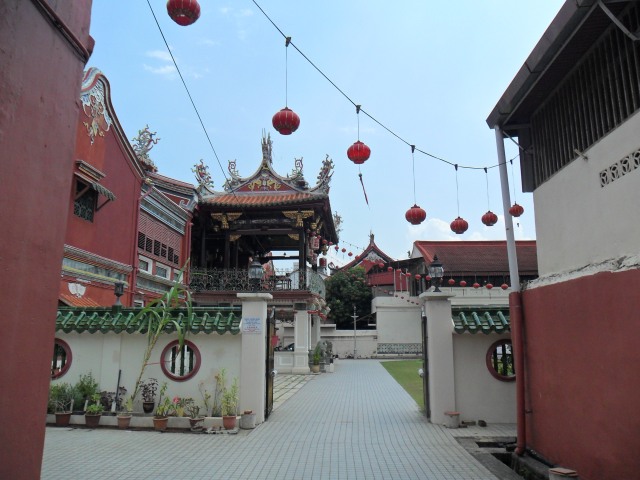 Chinese temples sit in the same neighborhood as excellent Indian restaurants and ethnic Malay clothing stores. Did I mention we had a busy death march day?

Lions. There was significant signage warning us not to play with the objects contained in the lions' mouths. Funny, we didn't even think about it until we saw the signs; go figure. 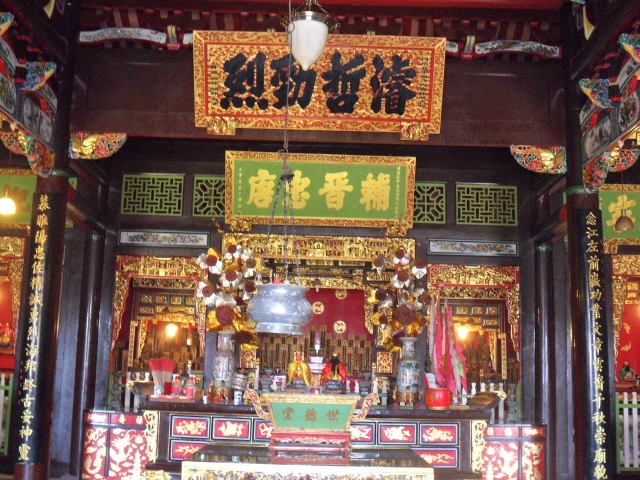 And I thought Grandma's fridge was a strong indication of familial pride. The Khoo family kicked the fridge up a notch.

In addition to seeing the sights, we spent a good deal of time taking in the absurdities of another Southeast Asian country.  Want proof? You got it.

This might be the most disgusting liquor I have seen since I arrived in Asia. I do not doubt it is strong enough to intoxicate rhinos. 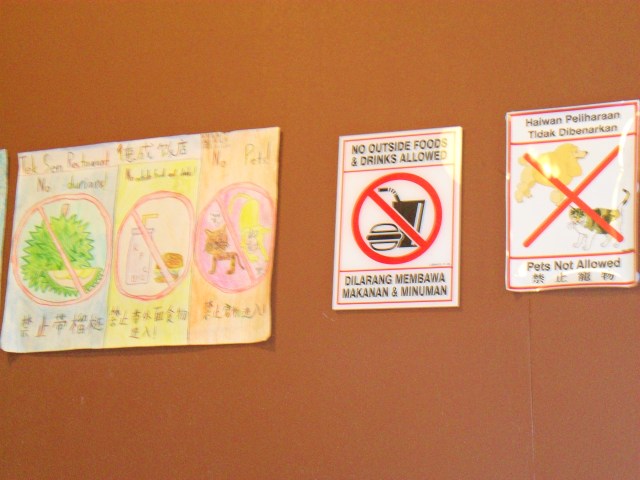 No durian allowed. Also, no poodles or calico cats. Good thing with all these stringent rules they still had the best gosh darn Chinese food south of Taiwan.

Doesn't everyone shop at the Reject Store?

"Sheesh. Even in Indonesia the signs just say 'STOP.'"

Forgot to mention that creepy dolphin statues populated the lobby of our first hotel. Just in case we'd forgotten we were in Asia...

So now it’s back to the JKT to keep living the dream, because someone’s gotta do it.